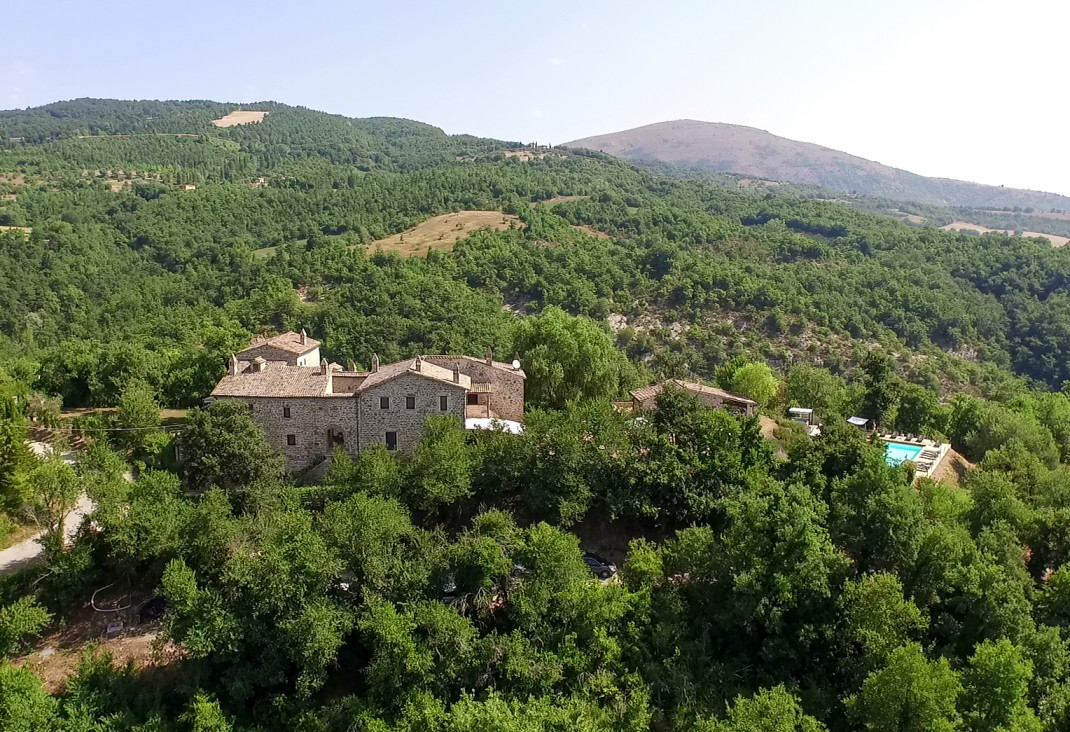 Several weeks before leaving for Italy, I read an incredible book –The Passion of Artemesia by Susan Vreeland. Set in Florence and Rome during the Renaissance, it placed me in a world of artists and benefactors, inquisitors and lovers. After reading the book, I wanted to experience that locale – not just as an observer, but as a an integral part of the landscape and culture. I wanted to feel “at home.”

Fortunately, I was able get what I wan 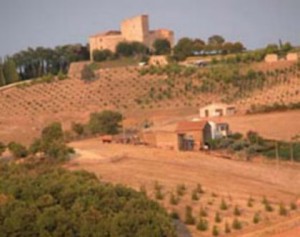 ted. Through the hospitality of small hotels and companies that rent out private apartments, I was given the opportunity to have a home (actually several homes) in the regions of Umbria and Tuscany in Italy.

Traveling with my wife, we first headed for Il Convento Mincione (affectionately called “This Old Convent”), located between the medieval hill towns of Perugia, Gubbio, and Assisi. This convent, which first appeared on Vatican maps in the 14th century, has been magnificently restored to provide extremely comfortable vacation apartments. Although the walls retain the spiritual energy of their past occupants, the luxurious appointments, including full kitchens, provided the perfect base for pursuing cultural adventures.

We were fortunate to be at the convent the afternoon when the family who had lived there during World War II made a surprise visit. The five brothers and sisters conveyed wonderful stories of how each of the rooms had been used and of the day the American tank came up the winding road and liberated the area.

Joan Halperin, the current owner of Il Convento Mincione, was thrilled with the stories, which finally explained why one specific room was in worse shape than the others: an Allied bomb had dropped there!

The first night at the convent, we joined Joan for a short drive to Perugia to attend an evening concert of works by Handel at the Piazza Grande next to the famous 13th-century Maggiore fountain. The setting enhanced fireworks displays which accompanied – suitably enough – Handel’s Royal Fireworks Music. An almost full moon added to the memorable evening.

Thanks to a central highway (autostrate), Orvieto, Assisi, Cortona and even Florence were an easy drive from the convent. Driving the back roads was even more enjoyable, while taking the wrong turn and “getting a bit lost” presented the opportunity to recover into the next beautiful vista. After a day’s sightsee-ing, it always felt welcoming to drive past the fields of sunflowers and see the beautiful convent nestled among the hills of umber and green.

Living near San Francisco, I have always felt a special connection with St. Francis. Residing at the convent set the tone for a short “pilgrimage” to Assisi. On our way to Assisi we stopped at the Patriarchal Basilica of St. Mary of the Angels. Inside this grand structure was the small church (the Porziuncola) where St. Francis and his followers lived for a period of time, and where in 1216 the saint asked God for forgiveness for his sins and for all those who would visit the church in the future. The tone of forgiveness definitely pervaded the stone walls.

Assisi itself was extremely dramatic. We entered through one of the upper gates and immediately felt drawn towards the town’s main attraction, the Basilica di San Francesco. Through narrow streets and covered archways, worshippers and tourists converged on the double-tiered church.

The upper floor of the church contained the famous frescoes of Giotto depicting the life of St. Francis. Although severely damaged during the 1997 earthquake, the frescoes still convey the humanness of Giotto’s art and its connection to nature – so much in keeping with the teachings of this great saint. The lower floor of the structure, with the tomb of St. Francis, frescoes by Simone Martini and Pietro Lorenzetti, and relics of the saint, for me became a meditation on the possibilities of love and understanding.

Of course in Italy one doesn’t live on culture alone. One eats! The most perfect meal was usually whichever one we were enjoying at the time. Living at the convent with our own kitchen gave us the opportunity to bring home wonderful produce from the Italian countryside. Salads of ripe tomatoes, olive oil and cucumbers were one of our favorites. Brewing our own coffee became a morning ritual. Sitting on our private patio, we’d sip our dark espresso and feel rejuvenated by the morning sun.

On one of the hills opposite the convent was the small town of Preggio. We headed here on several evenings to dine at what was the only restaurant in town – and a true find. Since the outdoor dining area faced west, it showcased the Umbrian sunsets.

One evening after dinner we strolled over to the Chiesa di San Francesco, the local church, which offered a concert of Bel Canto music as part of a summer festival. The soloists performed the works of Mozart, Verdi, and Donizetti with such grace and beauty that we left this small jewel of a church almost in a trance.

Our visit to busy Florence was obviously different than the time spent in the smaller, untouristed hill towns. Florence is always crowded, as well it should be, since it has so much history and culture to offer.

The trick is to be out in the evening and night when the sightseers have left and the locals come out to play. Small piazzas become open-air dining rooms. After spend-ing an afternoon enthralled with the works of Botticelli, Michelangelo, and Da Vinci, we were thrilled to stroll the same streets where they them-selves had walked.

Our second home in Italy was a seven-room villa in the town of Ponte a Moriano just ten minutes from the walled city of Lucca in Tuscany. Coincidentally, this villa was built over the ruins of another convent. Although a rental property, the accommodations were both luxurious and homey. Magnificent built-in glass cabinets set off the separate dining room. All of the rooms were airy with views that swept toward the surrounding hills.

One of our favorite experiences was going into Lucca late on a Sunday afternoon and renting bicycles. As the day started to cool, the Luccans came to the walls of the city to feel the evening breezes and to exercise. Lucca has the longest intact walls of any city in Europe (almost 3 miles long), and the structure doubles as a city park. Joggers, bicyclists, walkers, in-line skaters, parents pushing baby carriages – everyone was up on the walls. As the sunset and the city lights came on, everyone descended into the town for their Sunday meal.

On another day, through an itinerary offered by the Parker Company on their Actividayz program, we entered the Italian spirit as only an Italian can do – we became “chefs for a day” at the Trattoria Da Sci restaurant in Pietrasanta. In this city that provided the marble for Michelangelo, the Trattoria Da Sci has always been a venue for local artists.

We showed up early in the morning. Donning white aprons, we began to cut vegetables for the sauce and formed dough for the gnocchi; these were to be part of the lunchtime menu. The feeling of camaraderie with the main chefs grew as we sweated through the heat of the morning’s preparations. Although our participation did not enhance the culinary reputation of the establishment, we took pride in our efforts nonetheless.

Once our work was done, we sat down with the other novice chef and had a memorable meal of Pappa al Pomodoro (tomato and bread) soup and baked free-range chicken. Of course, we felt great satisfaction in knowing how each dish was prepared, in particular taking full credit for the refined texture of the gnocchi.

It was difficult leaving our homes in Italy and returning to our real residence in the States. Wanting to continue our cultural adventure, we immediately enrolled in Italian language classes at the local college back home, and promised ourselves that we would return to Tuscany and Umbria very, very soon.

For information on renting a villa in Italy and participating in one of the Actividayz, contact The Parker Company: