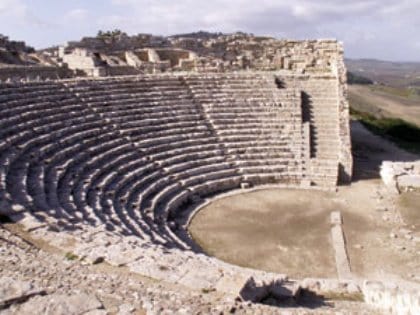 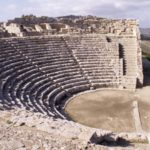 To paraphrase a line from The Godfather movies filmed here a number of years ago, you should know that today’s Sicily is indeed making you an offer you can’t refuse.

A diamond in the rough, the real jewel of Italy may be Sicily. A heady mixture assaulting your senses in the very best way, Sicily must be seen, smelled, and tasted to be appreciated. For over 3,000 years, Sicily has been the melting pot to more cultures than any other area of the Mediterranean.

Settled by the Phoenicians, Greeks, Carthaginians, Romans, Saracens, Normans, and others with their Pagan, Christian, and Arab influences, there is no other place with a comparable blend of so many cultures. The architecture, land, food, and ultimately the people of Sicily come at you with all the force that three millennia can muster. I can only scratch the surface of possibilities for the visitor here, based on my own experience.

Sicily has some of the best-preserved temples and amphitheaters from the ancient Greek and Roman world. Sitting in the fully functional amphitheatre in Taormina (built in its present configuration by the Romans, but probably Greek in origin), I beheld the Ionian Sea and the smoking plume of Mount Etna, which was discovered by the Greeks more than 2,500 years ago. Next I enjoyed the majestic 5th-century b.c.e. theater in Siracusa (Syracuse), one of the largest theaters in the ancient Greek world. Later, from the last row of the theater in the ancient city of Segesta, I beheld a panorama of the plains and hills of northwestern Sicily.

The Valley of the Temples in Agrigento, stretching for almost a mile, offers some of the best-preserved Greek temples found in one place. Walking along with our guide, “il professore,” we were taken back in time to the Greeks who first settled there in the sixth century b.c.e. He was right out of central casting, with a tweed jacket, dark glasses and a pointer —actually a chopstick from the local Sicilian Chinese restaurant. Standing under an olive tree at least 800 years old, he spoke with half-closed eyes about the building of the temples, religious ceremonies, the necropolis we would pass, and life as the Greeks lived it a couple of millennia ago. The mood was somewhat broken as we came to the one modern comfort station along the avenue, as first one person then another — and finally everyone — decided to go in. His response: “You lose one of them, you lose them all.”

A few miles from the town of Piazza Armerina, the ancient Villa Romana del Casale (Roman Villa Casale) offers over 38,000 square feet of some of the most vivid Roman mosaics to be found in their original context anywhere. This “palazzo” — a UNESCO World Heritage Site — documents the lives of fourth-century Romans with depictions of hunting, chariot races, feasting, religious festivals, and other scenes of everyday life.

Noto, another UNESCO World Heritage Site, is a Baroque town exemplifying the vision of Giuseppe Lanza’s harmonious equilibrium. Its historic center is built almost entirely of Baroque palaces, churches and houses. Then there’s bustling Palermo, with its noise and vibrancy screaming out at you, and sultry Erice, a small medieval town perched high above the sea, locked back in time. Sicily is all this and more.

We journeyed up the moonscape of Mt. Etna, largest active volcano in Europe at 10,910 feet, highest mountain south of the Alps, and one of the world’s most active volcanoes. On one side, we walked the craggy, jagged edges of smaller sleeping craters in lava fields formed by centuries of eruptions. A jeep can take you closer to the top, but we chose to sample flavored honeys produced farther down the fertile area of the volcano. On the other side are fields filled with vineyards, olive and fruit trees of various kinds, the volcanic soil giving its unique blend of nutrients and minerals to whatever grows there.

A tasting in a Sicilian winery involves much more than sipping wine from plastic cups. We supped for more than two hours at one such place, filling glasses with a variety of wines, and eating pastas, meats, breads and desserts. I was told these things were devoid of calories and anything else not good for you. All this was topped off by grappa, a digestive liqueur distilled from the residues of grapes left over from winemaking. Truly an acquired taste, grappa cuts through all you have eaten so there is no indigestion afterward, resulting in a quiet and comfortable ride back to the hotel.

Catania has one of the last remaining traditional fish markets of its kind. The European Union is trying to put an end to these centuries-old markets, but Catania still fights and holds onto its traditions, the vendors barking their call for the “pesce” they offer. Where else can you hold a live “polpo” (octopus) in your hand before you decide to bring it home to the kitchen? Countless varieties of fish, oysters and other sea life are here for the taking, or eating right there if you have the time — fresh, with a dash of lemon and pepper, it goes right down. It is something to be seen while you still can.

Sicilian cuisine is strongly influenced by its many conquerors. Each left an unmistakable influence on the foods of Sicily, introducing different ingredients and traditions that remained behind long after the conquerors had gone. Blood oranges, fruits, tomatoes, eggplants, artichokes, almonds, and olives abound throughout the island. This unique mix of food, cultures and traditions gave birth to today’s dishes, where what to cook, and the recipe to be created, is often decided by what is fresh at today’s market.

Seafood abounds. I’m not a real seafood aficionado, but there are local dishes such as Zuppa de Pesce with mussels, clams and shrimp; grilled swordfish with orange sauce; tuna with white beans; and Sicilian seafood and sausage — as well as various preparations of calamari — that can turn me into a convert.

Caponata is uniquely Sicilian with eggplant, tomatoes, onions, green peppers, olives, and celery individually cooked in olive oil, then served with crusty bread. Pasta con le Sarde is made with macaroni, sardines and various local seasonings. Eliminate the sardines, add tomatoes and ricotta cheese and you have Pasta ala Norma. Arancini are small fried rice balls stuffed with beef and cheese or ham; I use them to set up my appetite for the main courses above.

Sicilian cannoli are often made using fresh sheep’s milk. I’ve never met a connolo I didn’t like. Cassata alla Siciliana is cake sliced into several layers, spread with Ricotta cheese, cream, candied fruit, chocolate, and liqueur mixed together, then reassembled and covered with chocolate icing. At a winery in Corleone (yes, there really is such a place), after a sumptuous meal of all of the foods described above, the cook, a vision of my aunt, came out with plates of cannoli that you needed two hands to hold — certainly enough to feed more than one very hungry person.

An island of contrasts — blue seas, a towering volcano, rolling brown dusty hills, lush plains that were once the breadbasket of the Roman Empire, beautiful beaches and a jagged coastline, Sirocco winds sweeping in from Africa — Sicily is truly a sensory delight and an unforgettable experience.

And not to be left out of the mix is the Sicilian people, with their uniquely multicultural background and cosmopolitan traditions dating back 3,000 years. This blend, this stew, this melting pot of history, culture and people — put them all together and it is “the offer you can’t refuse.”

• There are enough wineries in Sicily for you to spend as much time as you wish doing a tasting tour of the island.

• Generally, the weather in Sicily is mild to hot.

• Compare the Mercato in Catania, with its unique fish market, with the famous Vucciria, the market in Palermo. Be prepared to walk, taste and absorb the atmosphere.

• Bikinis may be fine for the beaches, but more modest apparel is recommended walking around town.

• For more information on Sicily, check out the Italian Government Tourist Board at www.italiantourism.com/sicilia.html. A number of airlines fly into the two main airports of Palermo and Catania, including Alitalia, Eurofly, Lufthansa and Air France.